​      Megan Hoyt first fell in love with reading on a cozy branch of the crabapple tree outside her Texas home. She devoured Beverly Cleary’s books there, and Marguerite Henry’s “horsey books” still remind her of the loud Texas cicadas at dusk. She is the winner of the 2017 SCBWI Work in Progress Award and serves as Membership Coordinator for the SCBWI Carolinas region. 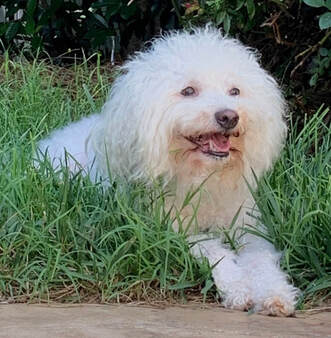 Megan speaks at SCBWI conferences and workshops for teachers in the US and Canada. When she is not writing for children, she tutors child actors on set—Stephen King's Mr. Mercedes and Warner Bros' Wonder Woman 1984, among others.

​      Megan has a BA in English and History from Southern Methodist University and an MA in Theology from Regent University in Virginia. She lives in Charlotte, NC, with her husband, son, and a goofy bichon frise named Fitzwilliam Darcy (he has no pride or prejudice). ​